Exoneration of Muhammad A. Aziz Lead to Civil Actions Against the State and City of New York 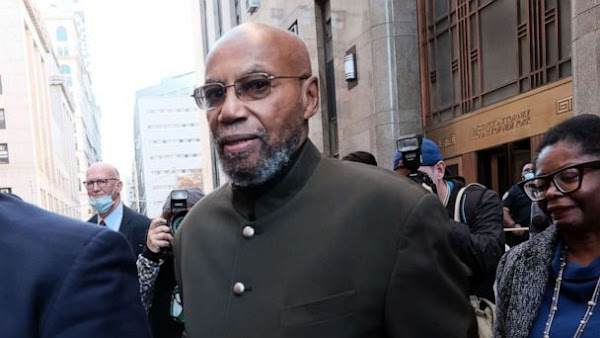 The David B. Shanies Law Office ("Shanies Law") announced today the filing of a civil claim against the State of New York and "notice of claim" against the City of New York on behalf of Muhammad A. Aziz, the innocent man whose wrongful conviction for the 1965 assassination of Malcolm X was vacated on November 18, 2021 by the New York State Supreme Court. In the action against the State, filed in the New York Court of Claims, Mr. Aziz seeks compensation under a State law that entitles individuals who were unjustly convicted and imprisoned to recover damages.

Mr. Aziz simultaneously filed a "notice of claim" against the City of New York and numerous named individuals, seeking legal redress for the civil rights violations and other outrageous government misconduct that caused his wrongful conviction. Similar actions on behalf of the Estate of Khalil Islam are expected to follow shortly.

For decades, it has been widely acknowledged by Pulitzer Prize-winning authors, historians, scholars, political leaders, and others that Mr. Aziz and Mr. Islam are innocent. Also for decades, including immediately after the assassination of Malcolm X, the NYPD and FBI were in possession of evidence that not only proved Mr. Aziz and Mr. Islam's innocence, but also identified Malcolm X's true killers. "As a result of his wrongful conviction and imprisonment," the lawsuit against the State reads, "Mr. Aziz spent 20 years in prison for a crime he did not commit and more than 55 years living with the hardship and indignity attendant to being unjustly branded as a convicted murderer of one of the most important civil rights leaders in history."

"While I do not dwell on what my life might have been like had this travesty of justice never occurred, the deep and lasting trauma it caused cannot be overstated. The more than 20 years that I spent in prison were stolen from me and my family, and while the official record now recognizes the truth that has been known for decades, nothing can undo the damage that my wrongful conviction caused to all of us," said Mr. Aziz. "Those responsible for depriving me of my liberty and for depriving my family of a husband, a father, and a grandfather should be held accountable."

At his exoneration hearing last month, Mr. Aziz expressed to the court his hope that "the same system that was responsible for this travesty of justice also takes responsibility for the immeasurable harm it caused" for nearly 56 years.

In vacating Mr. Aziz's conviction and dismissing all charges against him, Supreme Court Justice Ellen Biben remarked, "I regret that this Court cannot fully undo the serious miscarriages of justice in this case and give you back the many years that were lost. Dismissal of the indictment is the full extent of this Court's authority."

"New York's Unjust Conviction and Imprisonment Act was passed for the purpose of providing compensation to help unjustly imprisoned individuals put their lives back together," said David B. Shanies. "Both federal and state law likewise provide recourse against police officers and other government agents whose misconduct has caused an individual's wrongful conviction and imprisonment. Tragically, Mr. Islam will never have the opportunity to rebuild his life and hold accountable the men who destroyed it. Mr. Aziz, who was sentenced to life in prison at the age of 27, is now an 83-year-old man. With the filing of these claims, we urgently call on Attorney General Letitia James and the New York City Comptroller to fulfill their moral obligations to these men and their families and to do so swiftly. After more than 55 years living under this cloud, Mr. Aziz and Mr. Islam should not have to wait a second longer for justice to be done."

HISTORY OF THE CASE AND RECENT EXONERATIONS

In 1965, Mr. Aziz and Mr. Islam were arrested and charged with the murder of Malcolm X, who was ambushed and fatally shot by a group of men in the Audubon Ballroom in New York. No physical evidence ever implicated Mr. Aziz or Mr. Islam in the murder. Furthermore, both men had alibis – each was at home with his respective family at the time of Malcolm X's murder. At trial, a third man, Mujahid Abdul Halim, who was caught and arrested at the scene, admitted his role in the murder and affirmed that Mr. Aziz and Mr. Islam had nothing to do with the crime.

Despite the significant weaknesses in the cases against them, Mr. Aziz and Mr. Islam were convicted alongside Mr. Halim in 1966 and sentenced to life in prison. Throughout the trial, the NYPD and FBI concealed a trove of documents and information that demonstrated Mr. Aziz and Mr. Islam's innocence and identified the true assassins – all men from New Jersey who were affiliated with Nation of Islam mosques in Newark and Paterson.

In 1977, 11 years after being sentenced to life in prison, Mr. Aziz and Mr. Islam moved to vacate their convictions. The motion was predicated in part on two sworn affidavits from Mr. Halim, who further affirmed Mr. Aziz's and Mr. Islam's innocence by disclosing the identities of his true co-conspirators. Mr. Halim described in detail the murder plot and each assassin's role, including identifying the other killers as William "X" (whose last name he later confirmed was "Bradley") and Leon Davis, and identifying Benjamin Thomas as one of the planners of the assassination.  Despite this monumental revelation, the motion to vacate was denied, and Mr. Aziz and Mr. Islam continued to serve their life sentences.

In January 2020, New York County District Attorney Cyrus Vance agreed to undertake a collaborative reinvestigation of the case alongside Shanies Law and the Innocence Project. The two-year effort unearthed new evidence of Mr. Aziz's and Mr. Islam's innocence, including FBI and NYPD documents that had been available at the time of trial but were withheld from both the defense and prosecution. The joint investigation revealed that this evidence would likely have led to an acquittal at trial. As a result, Mr. Aziz and Mr. Islam were exonerated on November 18, 2021, following the filing of a joint motion to vacate their convictions and dismiss the indictment against them. At the exoneration hearing, Mr. Vance expressly noted that "there is only one ultimate conclusion; Mr. Aziz and Mr. Islam were wrongfully convicted of this crime."

Mr. Aziz and Mr. Islam are represented by David Shanies and Deborah Francois of the David B. Shanies Law Office.

For more information about Mr. Aziz and Mr. Islam and the history of their wrongful convictions, please visit www.theXonerated.com.