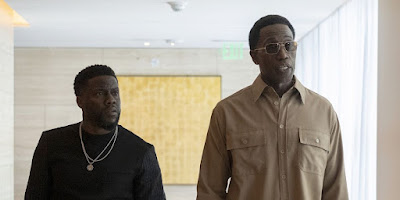 The limited series starring Kevin Hart and Wesley Snipes amassed 943 million minutes viewed across its seven episodes, which for the week of Nov. 22 was good for No. 1.

Nielsen notes that the audience for True Story was predominantly African American, with 53 percent of its viewership from Black households.

In True Story, Kevin plays Philadelphia-based actor and comedian, The Kid, a successful stand-up comic who goes on tour but takes a stop in his hometown, meeting up with his older brother Carlton (Wesley Snipes).

The pair go on a heavy night out but it ends in disaster when they wake up with a woman in their room who overdoses. The brothers then decide what to do, and The Kid is forced to decide how far he'll go to protect what he has.