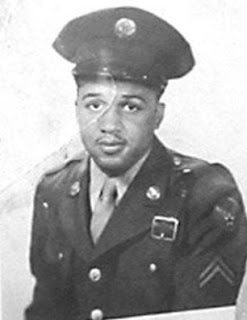 Cliffton E. Brooks Sr., who served as a cryptologist with the famed all-Black Tuskegee Airmen, passed away Friday night at the age of 99.

He was the last surviving Tuskegee Airmen in the state of West Virginia.

Many who knew Brooks in his post-military years knew him as a community fixture - dedicating time to Washington Smith Post 152 American Legion, serving as a Mason in Potomac Lodge 41 and a member of Keyser Moose Lodge 662, and keeping active as a member of Janes United Methodist Church in Keyser.

Most recently, Brooks has been the recipient of several honors in his hometown, including Mineral County Day citations from the West Virginia Senate and House of Delegates, Black History Month honors from WVU Potomac State College, and having the South End Park - where his children often played when they were growing up - renamed the Clifton E. Brooks Sr. Park.

The barrier-breaking Tuskegee Airmen Squadron was formed in 1941 as a result of pressure by various civil rights groups, and included pilots, navigators, bombardiers, and maintenance and support staff, including the cryptologists who coded and deciphered top secret messages.