Statue of late Congressman John Lewis to be unveiled in Charleston 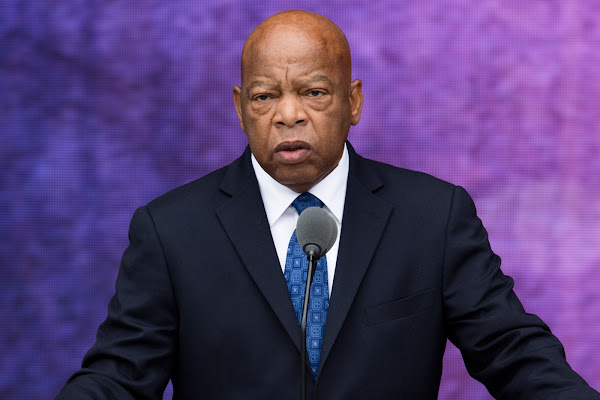 A statue of late Georgia congressman and civil rights leader, John Lewis, is set to be displayed in Charleston as it makes its way to Washington, D.C.

The statue will be unveiled on Feb. 3 at the American College of the Building Arts (ACBA) on Meeting Street in Downtown Charleston. The event will include remarks by S.C. Representative Jim Clyburn.

The Charleston unveiling is just the first stop for the 7-foot, 800-pound statue as it makes its way to its permanent location in the U.S. Capitol’s Statuary Hall. The statue is set to be unveiled in each state it passes through.

After leaving Charleston, the statue will be displayed at S.C. State University in Orangeburg for one week. In honor of this grand gesture, it will be accompanied by and mounted on a 1,300-pound stone plinth created by students at the American College of the Building Arts.

The event begins at 12 PM and is free and open to the public.

Posted by Councilman George L. Cook III at 11:38 AM