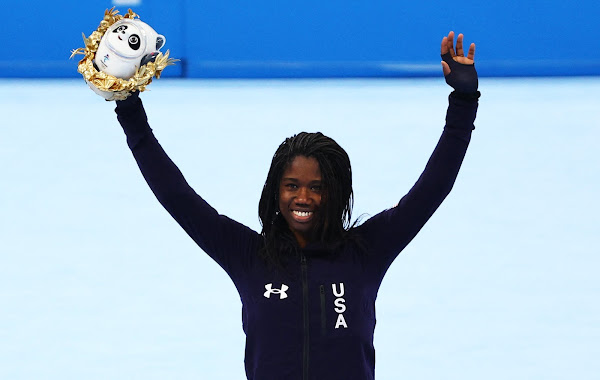 US speed skater Erin Jackson won the women's 500m gold medal at the Winter Olympics in a time of 37.04 on Sunday.

"I wish I could describe how I feel. It is amazing. This medal means so much," Jackson told reporters.

Posted by Councilman George L. Cook III at 11:42 AM