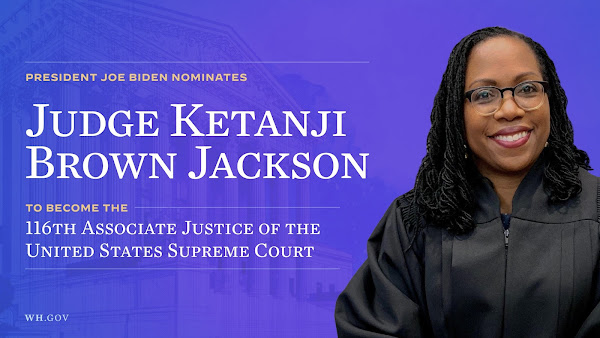 I want to congratulate Judge Ketanji Brown Jackson on her nomination to the Supreme Court. Judge Jackson has already inspired young Black women like my daughters to set their sights higher, and her confirmation will help them believe they can be anything they want to be.

As a protégé of Justice Breyer, Judge Jackson earned a reputation for pragmatism and consensus building. It’s part of why I nominated her twice – first as a district judge, and then to the U.S. Sentencing Commission, where she earned praise from both Democrats and Republicans.

Like Justice Breyer, Judge Jackson understands that the law isn’t just about abstract theory. It’s about people’s lives. @POTUS Biden has made an excellent choice, and I look forward to seeing Judge Jackson confirmed.