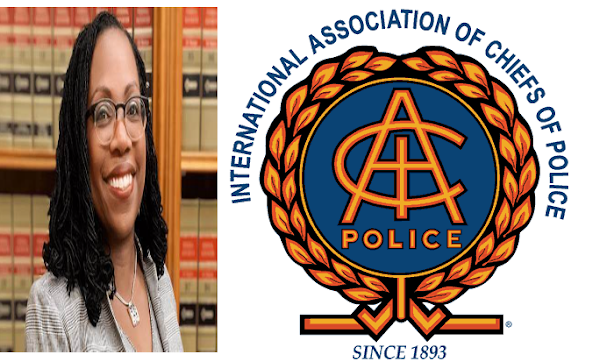 In a letter sent to the Senate Judiciary Committee on Monday, the International Association of Chiefs of Police urged senators to confirm U.S. Circuit Court Judge Ketanji Brown Jackson to the Supreme Court.

“Judge Jackson has several family members in law enforcement, and we believe this has given her a deep understanding of, and appreciation for, the challenges and complexities confronting the policing profession,” Chief Dwight E. Henninger, IACP president, wrote in the letter.