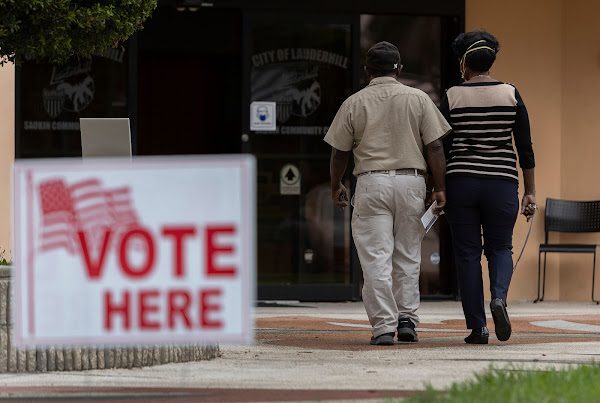 A federal judge struck down portions of a Florida election law passed last year, saying in a ruling Thursday that the Republican-led government was using subtle tactics to suppress Black voters.

The law tightened rules on mailed ballots, drop boxes and other popular election methods — changes that made it more difficult for Black voters who, overall, have more socioeconomic disadvantages than white voters, U.S. District Judge Mark Walker wrote in his ruling.

“For the past 20 years, the majority in the Florida Legislature has attacked the voting rights of its Black constituents,” Walker wrote. Given that history, he said, some future election law changes should be subject to court approval.

Walker, who was appointed by former President Barack Obama, also overturned a provision in the law putting new restrictions on groups that register voters, including requiring that people working to register voters submit their names and permanent addresses to the state.

Walker ordered that for the next 10 years, any attempt by the Legislature to write new laws on the issues he overturned will need court approval.

“Floridians have been forced to live under a law that violates their rights on multiple fronts for over a year," he wrote. “Without preclearance, Florida could continue to enact such laws, replacing them every legislative session if courts view them with skepticism. Such a scheme makes a mockery of the rule of law.”