SYMONE D. SANDERS’ SHOW WILL AIR ON MSNBC AND PEACOCK 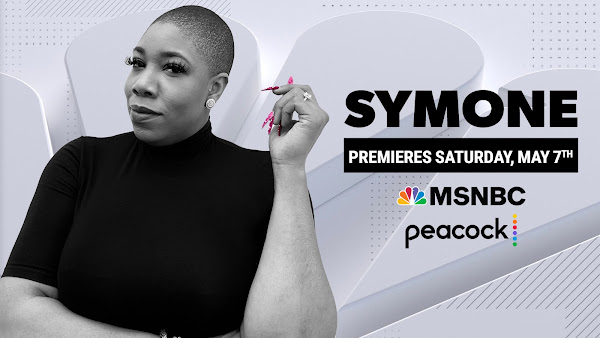 March 11, 2022 – Today at SXSW, MSNBC President Rashida Jones and Symone D. Sanders announced the premiere of “Symone” on Saturday, May 7 at 4pm ET on MSNBC.

Hosted by Symone D. Sanders, the namesake show will air live Saturdays and Sundays on MSNBC at 4pm ET and stream Mondays and Tuesdays on the MSNBC hub on Peacock.

“I’m all about reaching the ‘nonpolitical group chats.’ They exist. I have lots of friends that the only thing they know about politics is what I put on my Instagram every day,” Sanders said during the panel on the audience of her upcoming show. “When the news reaches those folks – the nonpolitical group chats – that’s when we’ve broken through.”

In addition, Sanders announced that veteran news leader Catherine Snyder will serve as executive producer of the program. Based in Washington, D.C., Snyder is currently the Managing Editor of NBC Owned & Operated Station NBC 4/WRC-TV. Snyder’s career spans both local and cable news and her work has been recognized with five Emmy Awards.

“I am beyond thrilled to be joining Symone Sanders and MSNBC as we prepare to launch this new show. Symone’s knowledge, insight, experience and, above all, authenticity will offer viewers a fresh perspective not just on politics but on the cultural issues affecting all of us at a pivotal time in our history,” said Snyder. “For me personally, it’s an opportunity to go home again to MSNBC and work with an amazing team on both the cable channel and on Peacock.”

“Symone” will span cable and streaming and will leverage Sanders’ political expertise and Snyder’s trusted news leadership to bring audiences an inside look at Washington politics as Americans begin to look ahead for the 2022 midterm elections. Sanders, an Omaha native, will bring her unique perspectives and real life experience to MSNBC elevating voices from the beltway to the Midwest.

“Symone” will explore issues at the intersection of politics, culture and race and feature interviews with the nation’s top government officials, scholars, and thought leaders.