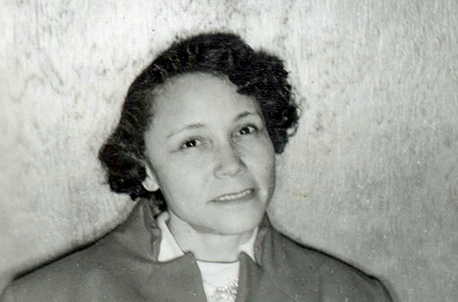 Civil rights pioneer Jo Ann Robinson, who played an instrumental role in the historic 13-month Montgomery Bus Boycott in the mid-1950s, had a residence hall named after her at a ceremony on Alabama State University's campus.

In 2020, ASU removed the name of Bibb Graves from ASU’s oldest residence hall, and on September 17, 2021, the ASU Board of Trustees, upon the recommendation of President Quinton T. Ross, Jr., voted unanimously to rename the building.

Ross noted that several names were submitted, but the name of Jo Ann Robinson continued to rise to the top. “Professor Robinson was one of the unsung heroes of the Civil Rights Movement, but today we are here to sing her praises and to let the world know that Jo Ann Robinson’s name deserves to be honored along with the other icons with which we are all familiar, many of whom, like Professor Robinson, held significant ties to this great University.”

Jo Ann Robinson was a professor of English at Alabama State University during the 1950s. She became an impactful civic leader in Montgomery, particularly as a member and later as president of the Women’s Political Council (WPC), an organization that fought for voting and women’s rights.

Robinson became a key figure in launching and executing the Montgomery Bus Boycott. On December 1, 1955, after the arrest of Rosa Parks for refusing to give up her seat on a city bus, Robinson—along with John Cannon, chairman of the Alabama State College business department and a few of Robinson’s students—created and mimeographed 35,000 leaflets that were distributed throughout the Montgomery community to alert residents to boycott the city’s transportation system.

The successful yearlong boycott led to the desegregation of Montgomery city buses and became a foundational event in the modern Civil Rights Movement.