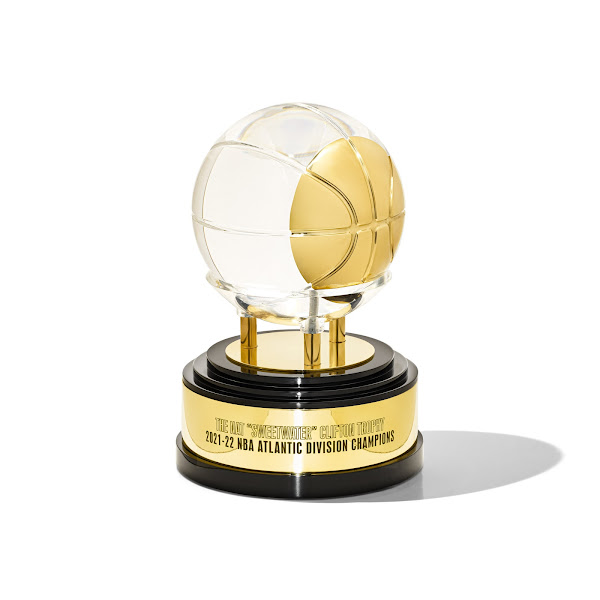 The NBA unveiled six new trophies for the league’s division winners, each named after an NBA legend and African-American pioneer. The trophies, which will now be awarded to the division winners at the end of every season, celebrate the teams’ season success and honor the pioneers who helped pave the way for the NBA players that have followed.

The trophies, designed by Victor Solomon, each suspend at its center a 200mm crystal ball, comprised of six segments representing each of the NBA’s divisions. One unique segment in each trophy is rendered in gold, representing its respective NBA division. The design of the trophy base is inspired by the division’s conference championship trophy. Each trophy is inscribed with its namesake, along with the name of the team recipient; the division standings are inscribed on the back of the trophy.