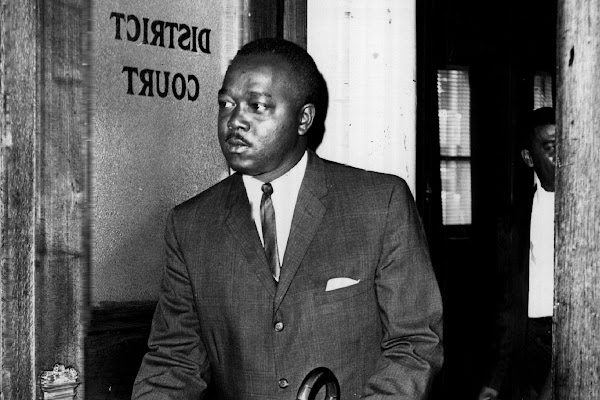 President Joe Biden on Tuesday announced his first batch of pardons and commutations. Among those pardoned was Abraham Bolden, an 86-year-old former U.S. Secret Service agent and was the first African American to serve on a presidential detail during the Kennedy administration.

In 1964, Mr. Bolden was charged with offenses related to attempting to sell a copy of a Secret Service file. His first trial resulted in a hung jury, and following his conviction at a second trial, even though key witnesses against him admitted to lying at the prosecutor’s request, Mr. Bolden was denied a new trial and ultimately served several years in federal custody.

He has steadfastly maintained his innocence, arguing that he was targeted for prosecution in retaliation for exposing unprofessional and racist behavior within the U.S. Secret Service. Mr. Bolden has received numerous honors and awards for his ongoing work to speak out against the racism he faced in the Secret Service in the 1960s, and his courage in challenging injustice. Mr. Bolden has also been recognized for his many contributions to his community following his release from prison.

In a statement posted Tuesday afternoon on his Facebook page, Bolden said he got the call about the pardon early in the morning and accepted the “justifiable action by President Joe Biden with sincere gratitude.”

He also thanked his family for “giving me the will to fight through some of the darkest days of my life.”

“While initial attempts to affirm my innocence were unsuccessful, almost 60 years later, my victory was won,” he wrote. “It is my hope that my pardon will inspire others to continue to fight for justice and to stand on the truth.”