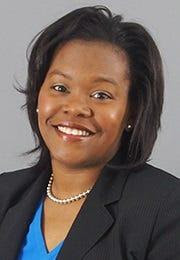 The Biden administration is nominating an Indiana judge and IU grad to join a federal appeals court that oversees parts of the Midwest.

The White House announced Wednesday it was nominating Doris L. Pryor to the Seventh Circuit Court of Appeals, which has jurisdiction over federal court cases appealed out of Indiana, Illinois and Wisconsin.

Judge Pryor received her J.D. from the Indiana University Maurer School of Law in 2003 and her B.S. from the University of Central Arkansas in 1999.