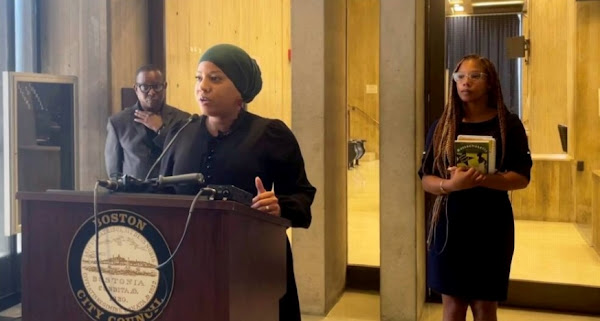 The resolution, which is non-binding, pledges the city will remove “prominent anti-Black symbols” and educate residents on the history of Boston’s slave trade, among other things. But it stops short of committing the city to funding any specific policies or programs to atone for slavery’s harms, such as paying reparations.

Councilor Tania Fernandes Anderson, who proposed the resolution, said in her remarks to the council that the formal apology represents a necessary first step as the city looks to address the harms caused by slavery.

The council is currently weighing a separate proposal creating a city commission to weigh reparations and other forms of atonement for Boston’s legacy of slavery and racial inequality.

Anderson’s resolution states slavery was first legalized in Massachusetts in 1641 and that the developing Boston economy depended on slaves who “served as butlers, maids, courtiers, beer makers, drivers, cooks and producers of clothing.”

Slavery, the resolution continues, led to “present-day trauma and economic, political, social and racial disparities” such as poorer housing and public education options and income inequality.