Statement by Rep. Donald Payne on passing of Protecting Our Kids Act 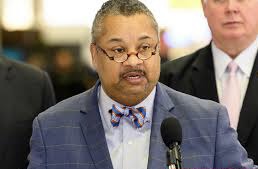 Rep. Donald M. Payne, Jr. voted for the Protecting Our Kids Act today. The bill, H.R. 7910, would authorize several actions to increase gun safety, lower gun violence, and protect children. It raises the purchase age of certain semi-automatic weapons from 18 to 21 years old. It limits the flow of legal guns into illegal markets and shuts down gun trafficking to get illegal guns off the streets. It closes the ghost gun loophole by changing the definition of firearm to include gun kits and other equipment used to make ghost guns. It strengthens gun storage requirements to protect children from accidental shootings. It outlaws high-capacity magazines and bump stocks for civilian use.

In addition, it includes a provision for a federal buyback program for high-capacity magazines that could be the first step towards a national gun buyback program introduced in Rep. Payne, Jr.’s bill, the Safer Neighborhoods Gun Buyback Act.

“I am proud to help pass this bill because Americans are sick and tired of the constant mass shootings happening in our country,” said Rep. Donald M. Payne, Jr. “They want action and this bill addresses issues that allow criminals and domestic terrorists to use guns to murder innocent Americans. As a father of triplets and anti-gun violence advocate, the mass shootings affect me personally. No parent should have to worry about whether they will see their child again when they send them to school. We must stop this insanity and obsession America has with guns and gun violence. We must take this threat seriously and do everything we can to protect Americans from gun violence.”