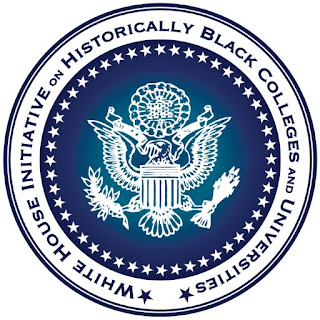 The White House Initiative on Advancing Educational Equity, Excellence, and Economic Opportunity through Historically Black Colleges and Universities announced its ninth cohort of HBCU Scholars, recognizing 86 undergraduate, graduate, and professional students for their accomplishments in academics, leadership, civic engagement and much more.

Currently enrolled at 56 of our nations HBCU's, the scholars were selected from a competitive pool of over 350 students. Applications also required the signature of their HBCU president or designated HBCU faculty, adding a level of prestige to this application process.

"The HBCU Scholars announced today have dedicated themselves to their learning and exemplify the talent that our nation's Historically Black Colleges and Universities have nurtured for generations," said U.S. Secretary of Education Miguel Cardona. "The Biden-Harris administration is committed to supporting these leaders and I cannot wait to learn from them while they serve as ambassadors for the White House Initiative and their institutions."

Over the course of an academic school year, HBCU Scholars will serve as ambassadors of the White House Initiative on HBCUs. They will be offered training and cross-university networking opportunities. Scholars will also have an opportunity to work on issues specifically related to the HBCU community and participate in national and regional events with professionals from a wide range of disciplines.

A key feature of the HBCU Scholar Program is a partnership with NASA to foster innovation and opportunity for the cohorts. This partnership with NASA makes the Minority University Research and Education Project (MUREP) Innovation Tech Transfer Idea Competition (MITTIC), “Mini MITTIC” part of the HBCU Scholar Program. Through the Mini MITTIC program students will partner in developing ideas to commercialize technology derived from NASA intellectual property. Scholars will have the opportunity to present their IP ideas during the National HBCU Week Conference in September.

“The goal with Mini MITTIC is to provide the HBCU Scholars with an authentic experience while ensuring they leave with the foundational tools to utilize NASA intellectual property to create their own business concept and participate in the full MITTIC competition,” said Misti Moore, NASA’s Johnson Space Center MUREP Lead & MITTIC Activity Manager.

HBCU Scholars will also be invited to the 2022 HBCU Week National Annual Conference, on September 20-23 in Washington, D.C. During the conference, they will participate in sessions designed to engage a spirit of entrepreneurship, innovation, and personal and professional development. Most importantly, scholars will have opportunities to engage with one another and showcase their individual and collective talent.