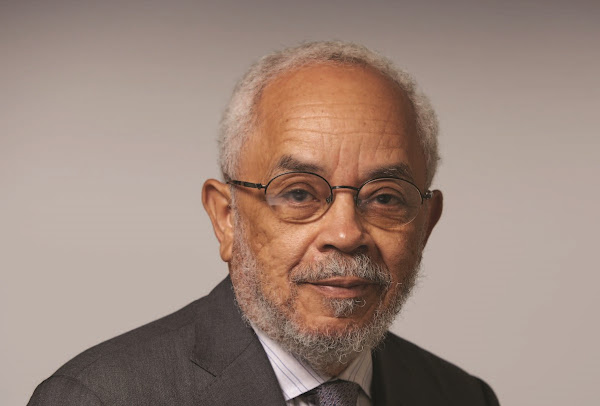 Dr. Ezra Griffith is Professor Emeritus of Psychiatry and African American Studies at Yale University. He was born in Barbados and received his undergraduate education at Harvard University and his medical education in France at the University of Strasbourg. He is presently a monthly columnist of the American Psychiatric Association’s Psychiatric News.

In 2001, the Morehouse School of Medicine conferred on him the honorary degree, Doctor of Science. He was on the faculty at the Yale School of Medicine from 1977 until 2016. He also taught classes on Black narrative in the Faculty of Arts and Sciences. Dr. Griffith is a former president of the Black Psychiatrists of America, the American Orthopsychiatric Association, and the American Academy of Psychiatry and the Law.

He has a significant history of administrative leadership in health care settings. From 1989 to 1996 he was Director of the Connecticut Mental Health Center, a collaborative endeavor of the Yale School of Medicine and the Connecticut Department of Mental Health and Addiction Services. He was Deputy Chairman for Clinical Affairs in Yale’s Department of Psychiatry (1996–2009) and its Deputy Chairman for Diversity and Organizational Ethics (2009–16).

One of Dr. Griffith’s principal academic interests over the years has been in cultural and cross-cultural psychiatry. A measure of his stature in this area is reflected in his being Chairman of the Committee on Cultural Psychiatry of the Group for the Advancement of Psychiatry (GAP). His GAP Committee’s publication on suicide among ethnic groups in the United States has received significant praise and recognition, as has the coauthored review on trends in black homicide and suicide. Dr. Griffith has contributed several innovative articles to the literature that have analyzed psychological aspects of religious rituals in Black churches, both in the United States and in the English speaking Caribbean. In the United States, Dr. Griffith’s work on the Black church has been unusual, and it has represented an important beginning in a little-studied area. Curiously enough, until recently, few psychiatrists have been interested in the intriguing healing dimension of the Black church. His work in the Caribbean led to the book, 'Ye Shall Dream' (University of the West Indies Press, 2010), about the Spiritual Baptist religious movement in Barbados.

Dr. Griffith’s interest in Caribbean psychiatric practice has not simply been a theoretical interest. He has consulted to the Governments of St. Kitts and Grenada and has been a Pan American Health Organization consultant in Antigua and Jamaica. He has served as an advisor to Project Hope as they designed psychiatric services for the people of Grenada. Such activity reflects Griffith’s serious interest in Caribbean psychiatry. Dr. Griffith has served as an External Examiner at the University of the West Indies Faculty of Medicine. He delivered Barbados’s first Annual Dr. George Mahy Lecture in 2021.

Dr. Griffith has written most recently on ethics and matters of diversity, inclusion, and belonging. He has proposed human dignity as a significant factor in rendering social spaces more therapeutic. He is the author of Race and Excellence: My Dialogue with Chester Pierce (University of Iowa Press, 1998) and Belonging, Therapeutic Landscapes, and Networks (Routledge, 2018). He is a co-editor of Black Mental Health (American Psychiatric Publishing, 2019). Race and Excellence is being reissued in 2022 by the American Psychiatric Press. In May 2007, a special presidential commendation of the American Psychiatric Association was awarded to him in recognition of his strong dedication to the well-being of African American patients and his excellent contributions to the field of cross-cultural psychiatry, forensic psychiatry, and African American studies.

He has been the Mossell Lecturer at the University of Pennsylvania, the Dana African American Visiting Professor at the University of Maryland, the Earline Houston Memorial Lecturer in Public Psychiatry at Hahnemann University, as well as the Jeanne Spurlock Memorial Lecturer at the George Washington University School of Medicine. In 1997, he presented the Lundbeck Lecture to the Forensic Psychiatry Section of the Royal College of Psychiatrists in the UK. In 1999 he delivered the Roy Cooke Memorial Lecture in Kingston, Jamaica. Dr. Griffith presented the Solomon Carter Fuller Lecture at the Annual Meeting of the American Psychiatric Association in May 2001. He has been the 1998 Ernest Y. Williams, MD Distinguished Senior Clinical Scholar of the National Medical Association. He was the Charles Steinberg Visiting Professor of Psychiatry and the Law at the University of Rochester School of Medicine in 2012.

From 2013 to 2015, he served as a Gubernatorial Appointee to the Sandy Hook Commission investigating the Sandy Hook School violence. He received the American Psychiatric Association’s Distinguished Service Award in 2021.