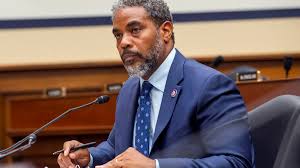 Rep. Steven Horsford (D-NV) announced that he would throw his name into the ring to lead the politically influential Congressional Black Caucus, announcing his candidacy to succeed current chair Rep. Joyce Beatty (D-OH).

In a letter to Beatty outlining the move, Horsford cited the diversity of his congressional district — which encompasses parts of Las Vegas, North Las Vegas and much of Nevada’s rural center — and what he described as a record of bipartisanship, both as a state legislator in Nevada and in Congress, including work with Republican governors during his time as the state Senate’s majority leader.

Horsford currently serves as the caucus’ first vice chair, and briefly served as the CBC’s liaison with the Biden White House transition team in late 2020 and early 2021.

Created in 1971, the CBC had 58 members during the current Congress. Largely composed of Democrats, the group has grown over recent elections to include not only veteran politicians of the Civil Rights era, but also newer members of the Democratic Party’s progressive wing.