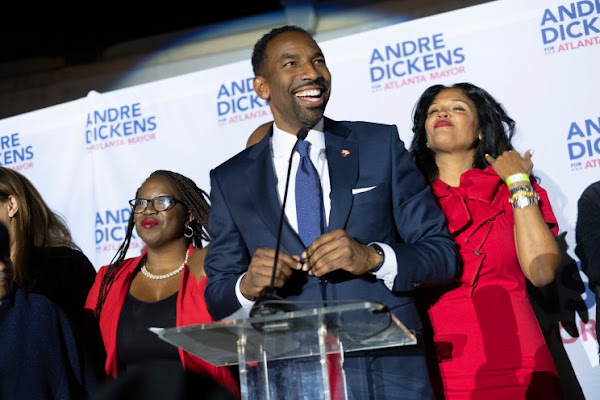 It has been a remarkable run for Dickens, a current Atlanta City Councilman, who just more than a month ago was polling at 6 percent, well behind front runners Moore and former Atlanta mayor Kasim Reed.

A month before that, Dickens polled in fourth place behind Sharon Gay, and just ahead of fellow councilman Antonio Brown.

But then came Election Day. On Nov. 2, Dickens surged ahead of Reed late in the night and ended up securing his spot in Tuesday's runoff by about 600 votes. But on that night, he was still trailing Moore by about 17 percent of the vote.

Over the next 28 days, Dickens was able to carry that momentum into an unlikely win and a job he says he's been looking forward to since he was 16 years old.

Dickens says he will hit the ground running in his first 100 days in office. He says his primary focus when he takes the oath in January will be on public safety.

"On day one, I'll make sure we start and enact my 'Safe Streets Plan,' my public safety plan for the city of Atlanta. To begin the process of hiring 250 officers and start their training toward conflict resolution and community-based policing."

He's also pushing to advance education initiatives, despite the mayor's office having no direct oversight over the city's schools.

Posted by Councilman George L. Cook III at 5:09 AM No comments: