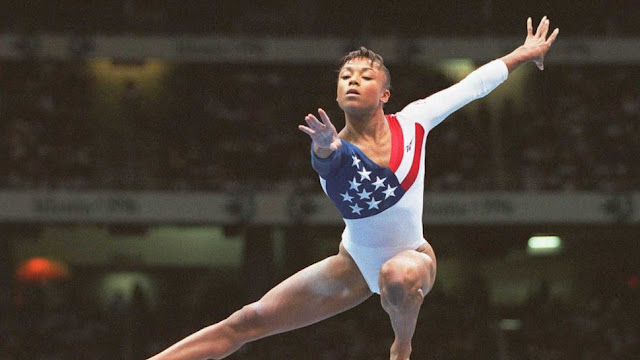 Before Simone Biles and Gabby Douglass there was Dominique Dawes.

Born on November 20, 1976, in Silver Spring, Maryland, Dominique Dawes began taking gymnastics lessons at age 6. She participated in the Olympic Games as part of the U.S. women's gymnastics team in 1992, 1996 and 2000, winning a team medal each time. In 1996, Dawes's team won Olympic gold and Dawes won an individual bronze medal—becoming the first African American to win an individual Olympic medal in women's gymnastics. She retired from gymnastics after the 2000 Games.