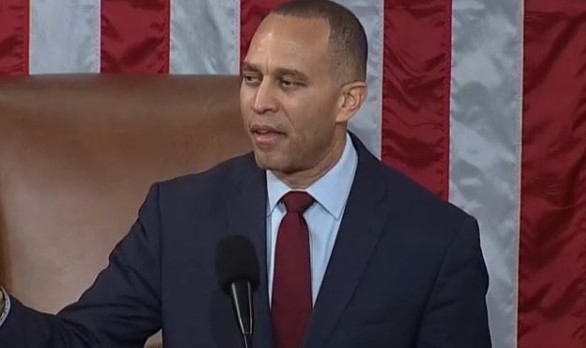 Hakeem Jeffries made history as the first Black lawmaker to lead a party in Congress, addressing the 118th Congress for the first time in the early hours of Saturday morning.

The New York Democrat now leads the minority party in the US House of Representatives, succeeding Rep. Nancy Pelosi, who served as speaker in the prior session of Congress when Democrats held the majority.

Posted by Councilman George L. Cook III at 7:44 AM No comments: 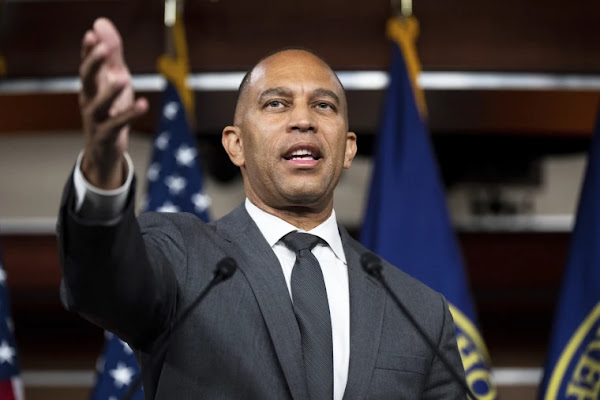 New York Rep. Hakeem Jeffries, the fourth-ranking House Democrat, said Friday that he will run to replace House Speaker Nancy Pelosi as the party's leader after Republicans took back control of the chamber in last week’s midterm elections.

His announcement in a letter to colleagues came a day after Pelosi said in a powerful floor speech that she is stepping down after a two-decade reign as the top leader of House Democrats.

If Jeffries is successful, it would represent a historic passing of the torch: Pelosi made history as the first female speaker of the House, while Jeffries, the current Democratic Caucus chairman, would become the first Black leader of a congressional caucus and highest-ranking Black lawmaker on Capitol Hill. If Democrats were to retake control of the House — a real possibility with Republicans having such a narrow majority — Jeffries would be in line to be the first Black speaker in the nation's history.

The ascension of the 52-year-old Jeffries to minority leader would also represent generational change. Pelosi and her top two deputies — Majority Leader Steny Hoyer, D-Md., and Majority Whip Jim Clyburn, D-S.C. — are all in their 80s and are receiving from within the party for “new blood” in leadership; Hoyer will not seek another leadership post while Clyburn plans to stay on and work with the next generation