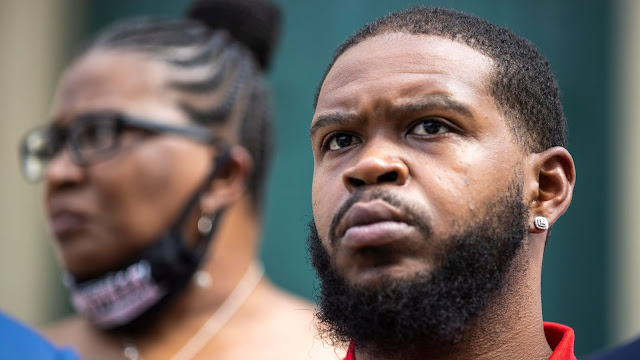 Kenneth Walker, the boyfriend of Breonna Taylor who allegedly opened fire at the officers who shot and killed her, announced Tuesday he's suing the city of Louisville, its police and others, for immunity against his actions that night under Kentucky's "stand your ground" law.

Walker, 27, and a licensed gun owner, was initially charged with attempted murder and assault following the March 13 incident, but those charges were dropped. Kentucky's attorney general and the FBI are still investigating Taylor's shooting, and Walker said the suit would prevent officials from re-arresting and charging him for any crime related to the incident.

In addition to preventing future prosecution, Walker is seeking damages in part for the gross negligence of the police "for the trauma, humiliation, indignity, physical pain, mental suffering, or mental anguish he suffered," the suit said.

Posted by Councilman George L. Cook III at 7:36 AM No comments: