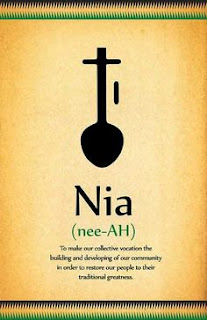 On this, the fifth day of Kwanzaa the days principle is NIA.

Nia (Purpose): To make our collective vocation the building and developing of our community in order to restore our people to their traditional greatness.