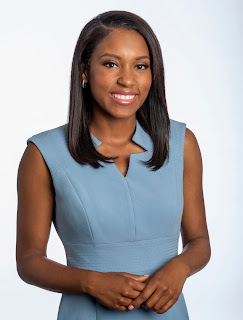 ABC News President James Goldston sent the following note to the news division announcing Rachel Scott has been promoted to White House Correspondent and D.C. Correspondent. See below for Goldston’s note to staff:
Team:
I am thrilled to announce that Rachel Scott has been promoted to White House Correspondent and D.C. Correspondent for ABC News.
Throughout the 2020 presidential campaign, Rachel has logged thousands of miles covering both the Democratic primary and President Trump’s re-election efforts. During the primaries, Rachel interviewed nearly every Democratic candidate, including in November when she sat down with Sen. Bernie Sanders and Rep. Alexandria Ocasio-Cortez for a joint network exclusive interview during Ocasio-Cortez’s first trip to Iowa ahead of the caucuses. Rachel has also been an essential part of our team covering the Trump administration, both at the White House and on the campaign trail, where she’s covered nearly every Trump rally this cycle. She also reported on Trump’s impeachment trial earlier year, including interviewing Vice President Mike Pence on the day of the final impeachment vote.
Beyond politics, Rachel has made her mark with compelling reporting from the frontlines of the biggest stories in recent memory. During the nationwide protests following the death of George Floyd, Rachel was with the protestors outside the White House near Lafayette Park, telling the stories of the movement and its new leaders. She also reported live from Tulsa’s historic Greenwood neighborhood during our Juneteenth special, then reported from outside the BOK Arena the following day during President Trump’s first campaign rally since the pandemic started. She reported extensively for ABC News Live on COVID-19’s disproportionate impact on diverse communities. She also reported for ABC News from Alabama in the aftermath of the state’s deadly tornadoes in 2019 and covered the aftermath of Hurricane Irma in Florida.
Rachel began her career at ABC News as a Production Associate for ABC News Live in 2016. While working full-time as a Producer for GMA Digital, she took on an additional role as an on-air Correspondent for ABC’s New Haven affiliate, covering weekend news in the region. Rachel moved down to DC in January 2019 as a Producer on our White House team, before becoming our Trump campaign embed and then transitioning to on-camera reporting full time. She is an exceptional reporter with an unwavering dedication to great journalism, keen ability to handle fast-breaking news and considerable skills for juggling multiple assignments.
It is a pivotal time in our nation’s capital. Our team in DC and at the White House will be essential to helping our audience understand the rapid pace of events in Washington as we navigate complex issues through this election year and beyond. Please join me in congratulating Rachel on her new role.
James