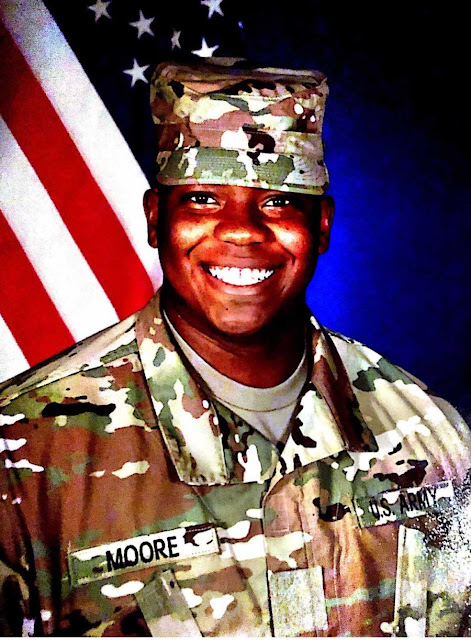 In a release from the Department of Defense on Saturday, it was announced that Spc. Antonio I. Moore of Wilmington, N.C. died while deployed overseas.

Moore, who was just 22 years old, was assigned to the 363rd Engineer Battalion, 411th Engineer Brigade. He died in a rollover accident while conducting route clearing operations in Deir ez Zor Province, Syria. He was deployed to Syria as a part of Operation Inherent Resolve.

He is survived by his mother, stepfather, three brothers and one sister.

Posted by Councilman George L. Cook III at 9:21 AM No comments: