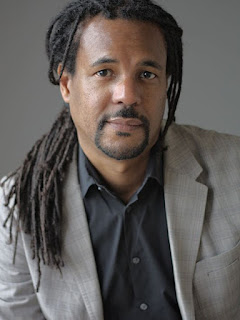 The Underground Railroad, an inventive and searing take on slavery in 1850s Georgia, won the Pulitzer Prize for fiction Monday, adding to author Colson Whitehead’s list of accolades and bolstering the case for the book to be included in the pantheon of Great American Novels.The novel mixes harsh reality — slavery in the antebellum South — with a vividly imagined alternative world, one in which the Underground Railroad is a literal subterranean network of tracks and stations.

Whitehead’s heroine is a headstrong teenage runaway slave named Cora, who escapes a brutal cotton plantation and tries to find her way to freedom.

The Pulitzer committee lauded Railroad "for a smart melding of realism and allegory that combines the violence of slavery and the drama of escape in a myth that speaks to contemporary America."
In an interview with USA TODAY after learning he'd won the Pulitzer, Whitehead said: "My baseline happiness level has been pretty high the last 10 months."

He said when he wrote the first 100 pages of The Underground Railroad, he felt he was "firing on all cylinders." But he had no idea the novel would "have this kind of reception. I try to do the same old thing and hope it works out. Sometimes it does, sometimes it doesn't. This time it really did."
[SOURCE: USATODAY.]


CHECK OUT THE BOOK