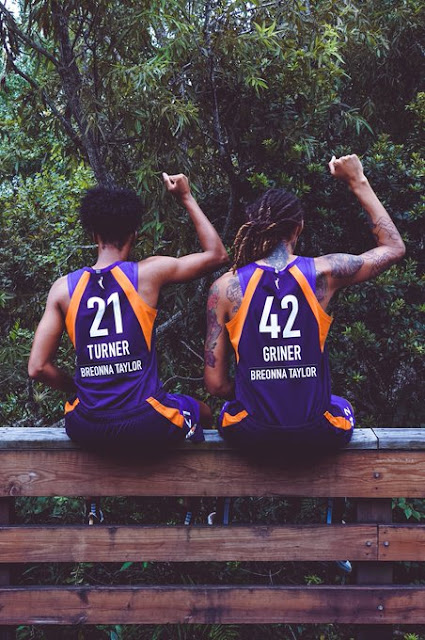 Taylor, a 26-year-old Black woman, was fatally shot when police officers burst into her Louisville apartment using a no-knock warrant during a narcotics investigation. The warrant to search her home was in connection with a suspect who did not live there and no drugs were found.

Phoenix players’ jerseys will feature a nameplate that reads “Breonna Taylor” below each player’s number and last name. Additionally, the Mercury will warm up in shirts that read “Black Lives Matter” on the front and “Say Her Name” on the back.

The team, which is in a bubbble in Florida, will open the 2020 campaign this Saturday against the Los Angeles Sparks. The opener tips at 12 p.m. and will be available to watch on ABC.

Posted by Councilman George L. Cook III at 10:34 AM No comments: