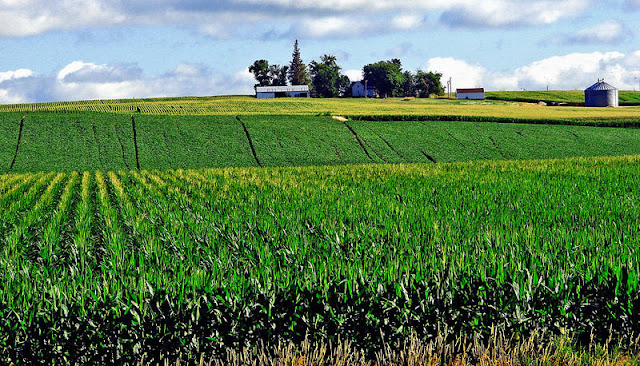 While many writers have documented the struggles of farmers affected by the trade war, few have scrutinized the distributional effects of the MFP. The Environmental Working Group (EWG) has documented that the program has disproportionately helped wealthy landowners and a recent analysis by Donald Carr, a senior advisor for EWG, argues that the MFP has deepened the disadvantages of black and minority farmers.

Data obtained from a Freedom of Information Act (FOIA) request showed that the MFP has almost exclusively benefitted white men and their families, who appear to be disproportionately upper middle-class or wealthy. These payments further entrench already drastic inequalities in agriculture, along racial, ethnic, gender, and class lines.

Similar to other USDA subsidies, the MFP has overwhelmingly favored white and male producers. We recently received data from a FOIA request that show the department has funneled more than 99 percent of bailout funds to white operators.

As of today, USDA has distributed more than $8.5 billion to farm operations through the MFP. Of the approximately $8 billion distributed to operations whose owners’ race could be identified, 99.5 percent went to white business owners. Of the more than $6.8 billion distributed to operations in which the owners’ gender could be identified, more than 91 percent went to male business owners. “White farm operators” here includes white Hispanics, but they only account for about 0.1 percent of the total. In other words, non-Hispanic white operators received 99.4 percent of all MFP payments.

The racial disparities are just as stark in states with sizable non-white farmer populations. In Mississippi, for example, where 38 percent of the population is black and 14 percent of farms have a black principal operator, according to the 2017 Census of Agriculture, only 1.4 percent of the $200 million distributed to farmers through the MFP went to black operators.

Not only did almost all of the funds go to white operators, but an overwhelming share of the funds appear to have gone to upper-middle class and wealthy families. The average family that produces soybeans has a much higher income—and a lot more wealth—than the average family in the U.S. But a disproportionate share of MFP money has been paid out to families operating large-scale farms, who have even more wealth.

These disparities are the result of historical and recent discrimination. The federal government played a role in withholding farmland from, and dispossessing, farmers of color, especially black and Native American ones. And as we documented in a recent article, USDA has done little to address its atrocious civil rights record. The MFP continues to exacerbate these racial inequalities today.