For sale: The legacy of Martin Luther King Jr.

Here's an article that I read in my local Sunday paper ( The Star Ledger ) from a great columnist Leonard Pitts Jr. The article takes a hard unflinching look at the embarrassing situations Martin Luther Kings' children regularly find themselves in when it comes to dealing with their father's estate. I wanted to share it with others who may not get the article in their local papers. George Cook AAreports.com. 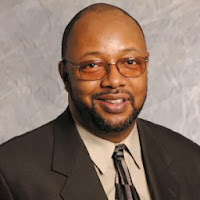 For sale: The legacy of Martin Luther King Jr. By Leonard Pitts Jr.

Maybe we should take up an offering.

Obviously, the heirs of Martin Luther King Jr. are hard up for money. That must be why they keep selling off pieces of his legacy.

Have you heard the latest? King's youngest child, Bernice, issued a statement last week after her brothers, Dexter and Martin III, filed suit to force her to turn over their father's Nobel Peace Prize and his traveling Bible. She says they want to sell them to a private owner.

According to the suit, King's heirs agreed in 1995 to turn their inheritance over to a corporate entity, The Estate of Martin Luther King Jr. Inc., where Martin is chairman of the board. The complaint says Bernice has "repeatedly acknowledged and conceded the validity" of the agreement, but still refuses to surrender the items. The suit makes no mention of a sale. I called the King brothers' lawyer for comment. He didn't return the call.

In her statement, Bernice writes, "While I love my brothers dearly, this latest decision by them is extremely troubling." She says she is "appalled," "ashamed" and "disappointed" by their behavior. "It reveals a desperation beyond comprehension." Their father, she adds, "MUST be turning in his grave."

Turning? Martin Luther King must be spinning like a record album.