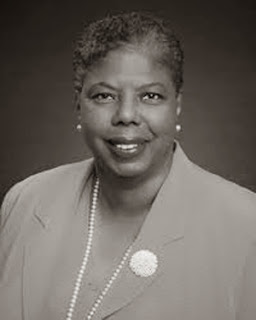 Appearing on NBC's "Meet the Press," Miller condemned the racist remarks allegedly made by Sterling that were caught on audio recording and leaked over the weekend. The NAACP's Los Angeles chapter was scheduled to give Sterling a lifetime achievement award at its 100th anniversary celebration next month.

"He is not receiving a lifetime achievement award from the NAACP," Miller said.

While it has not been confirmed that the voice on the recording is Sterling's, he's not denied making the remarks. And Miller said Sunday that Sterling must deny the remarks immediately if he did not make them.

"If you’re silent about this, then you’re accepting this," she said. ”People have got to say that this is not good and do something about it."

Posted by Councilman George L. Cook III at 11:23 AM