The NFL, the media and especially NFL fans are full of sh*t! 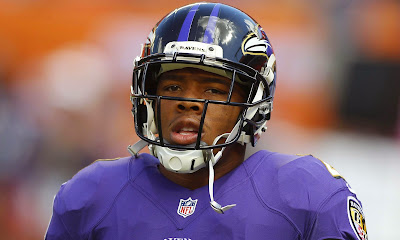 We have all seen the horrifying video of Ray Rice punching his then fiancee Janay Palmer . I don't know Ray Rice to call him a thug but I know that his actions in that video were disgusting and the punishment did not fit the crime. I do know that domestic violence is not a damn joke and we as a country need to take it more seriously. I also know that many in the media and fans suddenly jumping on their high horses to bash both the NFL and Ray Rice are full of shit.

You can include the NFL in that too but the NFL produces a product and like any business will do whatever it can to protect that business. The NFL dropped the ball in the both its investigation and in the punishment of Ray Rice and no one will argue that.

Those in the media that are suddenly holier than thou are certainly hypocritical. Many networks ran NFL related stories leading up to the beginning of the NFL stories to get ratings. They did so after seeing the actions of Ray Rice and other NFL players in the past. They ignored that in order to get ratings. Not bashing them just telling the truth. The talking heads on radio screaming and yelling about the NFL also spend more than half their air time talking about the NFL once the season starts. Why? For the ratings.

We the fans though are the ones full of the most shit. We can all sit there and like the media pretend to be holier than thou but we cheer bad guys as long as they are on our team. We over look things if a guy can make a great catch or has breakaway speed. We especially overlook things when our team is winning. We watch every game and buy new NFL related merchandise even though we just brought a bunch last year. We spend millions supporting the NFL. We do this in spite of some reprehensible behavior that players, coaches, and owners have shown in the past. We are in a way condoning that behavior because the NFL while taking a PR hit is not taking a hit where it hurts, its wallet.

So before we point fingers at the NFL and players maybe we need to check ourselves. We are the ones that feed the beast.

Posted by Councilman George L. Cook III at 6:46 AM