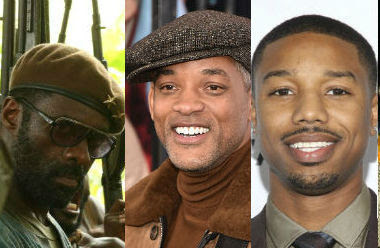 Not one African American was nominated for an Academy Award this year. In a year that included outstanding performances by Samuel L. Jackson (The Hateful 8), Micheal B. Jordan (CREED), Idris Elba (Beast of no Nation), Will Smith (Concussion), and Tessa Thompson (Creed), and a year that included great films directed by Ryan Coogler (CREED) and Cary Fukunaga (Beast of No Nation) not one African American person was nominated for anything.

This has led to the return of the #OscarsSoWhite hashtag on social media but lets be a serious at the end of the day a hashtag is just a hashtag. Bringing notice to a situation is great but there has to be some followup action. I believe that African American viewers should boycott the Oscars in protest this year. That would give the show lower ratings and lower ratings equals less advertising dollars in the future for the Academy Awards. One color that Hollywood understands the most is green, and if you affect that green you can effect change.

So lets start a new hashtag, #BlackBoycottOscars, and then follow that up with action.