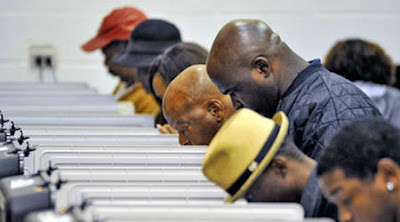 Black lives matter — and so do their votes.

But without a rock star candidate like Barack Obama to draw African-Americans to the polls, concerned Democrats carved a new path to give black voters a boost.

The group of political and civil rights operatives created a political action committee to maximize black voter turnout in the battleground states of Florida, Ohio, Pennsylvania, North Carolina and Virginia.

President Obama has brought nearly 4 million new black voters out to vote since 2008, according to Democratic officials.

“In a crucial election like 2016, it takes a multipronged approach to make sure black voters not only turn out in numbers, but also see their issues represented in the White House,” said Marc Morial, president of the Urban League.

Morial is among the names behind Black Votes Matter PAC, designed to put the focus on issues important to black communities in those states and the rest of the country.

The Black Votes Matter PAC will be run by Charlie King, who ran the New York State Democratic Party for Gov. Andrew Cuomo and headed up the reelection effort of U.S. Rep. Charlie Rangel (D-Harlem).