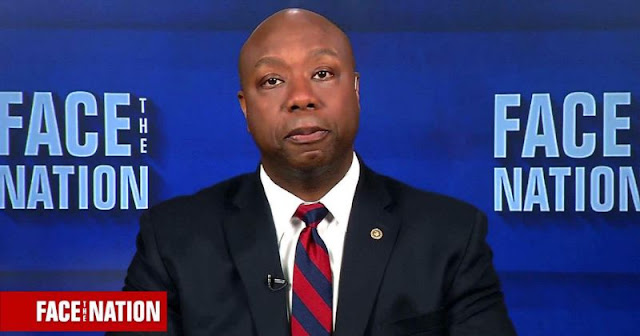 Trump is falsely trying to make the claim that if the FBI spent less time on Russia and more time on following up the tips on the shooter in Parkland Florida that maybe they could have stopped that shooting. Trump leaves out the fact that over 35,000 men and women serve in the FBI and that they can probably handle more than one investigation at a time. He also ignores the fact that tips about the shooter would have been dealt with by the local field office, not by those handling the Russia investigation.

Even fellow republicans such as Sen. Tim Scott have stepped in to say that the two investigations are two separate issues.

Sen. Tim Scott, R-South Carolina, says the reality is that they are "two separate issues." "I think we have to separate the issue, without any question," Scott told CBS News' "Face the Nation" on Sunday.

We, the system, have not done the right job," said Scott, pointing to shortcomings in law enforcement's ability to prevent the Charleston and Texas church shootings.

"What we've seen in three major atrocities is that the system that was in place simply was not followed. So my focus is not on having or not having a gun debate. We're going to have that," said Scott. "But the reality of it is that three incidents could have been avoided, prevented, if the system itself had worked."

Scott noted, however, that he was hopeful Congress would "get something done this year" with regard to bringing bipartisan gun legislation to the Senate floor.

"The reality of it is that we have a sense of urgency about getting this done. And I'm very hopeful that this is the time that we see this nation's leadership united to solve a problem that could've prevented atrocities," said Scott. [SOURCE]