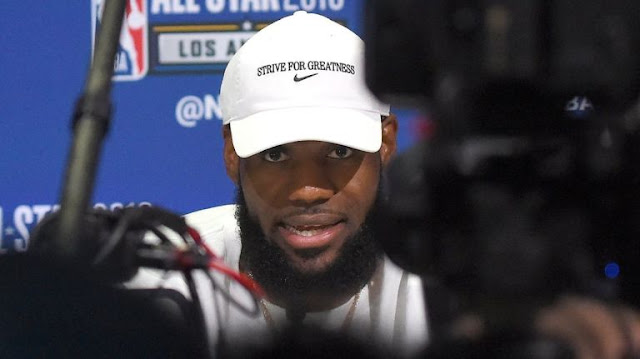 NBA star and activist Lebron James said that Trump doesn't "Give a f*ck about the people" in an interview with the ESPN website Uninterrupted. So, of course, someone at Fox News had to leap to the so-called President's defense. Conservative talking head Laura Ingraham said that Lebron James should "shut up and dribble" when commenting on James comments. That offended many African Americans and athletes, with some thinking that her comments were racist because they were.

“I will not just shut up and dribble,” James said after All-Star practice. “So, thank you, whatever her name is. … I get to sit up here and talk about what’s really important and how I can help change kids. “It lets me know that everything I’ve been saying is correct for her to have that type of reaction. But we will definitely not shut up and dribble. I will definitely not do that. I mean too much to society, I mean too much to the youth, I mean too much to so many kids that feel like they don’t have a way out and they need someone to help lead them out of the situation they’re in.”

“We know it’s bigger than us. It’s not about us,” James said. “I’m going to continue to do what I have to do to play this game that I love to play, but this is bigger than me playing the game of basketball.”