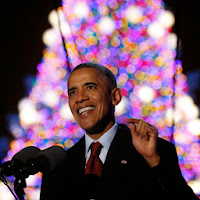 [SOURCE] President Barack Obama made a quick visit to the hospital Saturday to have diagnostic tests for a sore throat. Obama's physician, Dr. Ronny Jackson, said a preliminary exam on Obama's throat showed swelling, and the results of a subsequent CT scan were normal. "The president's symptoms are consistent with soft tissue inflammation related to acid reflux and will be treated accordingly," Jackson said.

The president's trip to Walter Reed National Military Medical Center in Bethesda, Maryland, was suggested by Jackson, said White House Press Secretary Josh Earnest. Jackson recommended that the president get the tests done Saturday because he had a gap in his schedule, not because he considered the situation to be urgent, Earnest said. Obama spent about a half-hour inside the medical center.