Missouri police beat innocent black man, but they do apologize 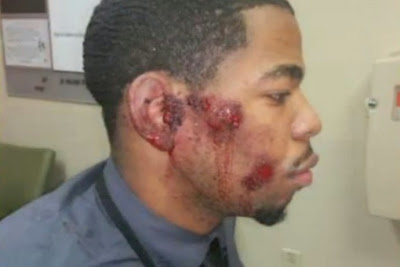 22-year-old Joseph Swink was on his way home when his car was side swiped by another car being chased by police. While running from his crashed car which was filing with smoke Swink was assaulted by three cops who arrived after he was side swiped. The cops believed that he was the suspect they were chasing. That would be because the suspect they were chasing was black and as soon as they saw a black man running they assumed he was guilty. But before you go all getting mad the local police chief did apologize. Watch the story below: