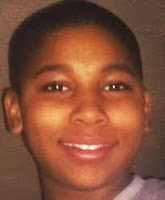 Cleveland has transferred its investigation into the fatal police shooting of a 12-year-old boy to the Cuyahoga County sheriff's department, city officials said on Friday.

Cleveland police shot and killed Tamir Rice at a park in November while he was carrying a replica gun that typically shoots plastic pellets. Police, who were responding to a 911 call that a man was pointing a gun at people, shot Rice within seconds of arriving at the scene.

"I believe that the best way to ensure accountability in a use of force investigation is to have it completed by an outside agency," Cleveland Mayor Frank Jackson said in a statement.