According to Fox News on Dec. 30, there is a controversy going on about Target's "Annie" ad. The retail store is being criticized for “Annie”-themed clothing ads showing white models as Annie, as opposed to an African-American model, or Quvenzhané Wallis, the actress who plays the lead character in the holiday remake. 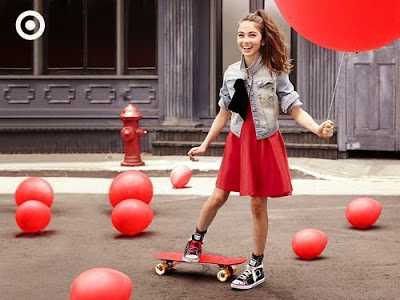 Wallis, 11, has been nominated for the Golden Globe for Best Actress in a Musical or Comedy for the role she plays in "Annie" alongside Jamie Foxx. In May 2014, Wallis was named the face of Armani Junior, Giorgio Armani's line for children and teens. This makes her the first major child celebrity to be the face of a luxury brand. Consumers like LaSean Rinique can't understand while Wallis is not in any of Target's clothing ads. Rinique has launched a Change.org petition to address the issue. This came to light for Rinique after her daughter, who is an “Annie” fan, noticed that a girl in the ads wearing Annie’s signature red dress and locket was white. The white model was not at all like the black Annie her daughter had gotten accustomed to seeing in the movie.

Posted by Councilman George L. Cook III at 9:41 AM