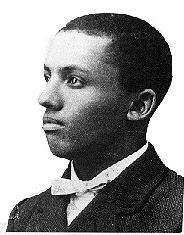 National African American History Month had its origins in 1915 when historian and author Dr. Carter G. Woodson founded the Association for the Study of Negro Life and History. This organization is now known as the Association for the Study of African American Life and History (“ASALH”). Through this organization Dr. Woodson initiated the first Negro History Week in February 1926. Dr. Woodson selected the week in February that included the birthdays of Abraham Lincoln and Frederick Douglass, two key figures in the history of African Americans.