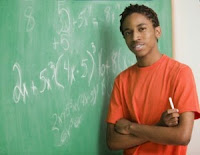 Recently, the Schott Foundation for Public Education released its latest report, Black Lives Matter: The Schott 50-State Report of Public Education and Black Males. Don’t expect good news. The black male national graduation rate increased from 51% in the 2009–2010 school year to 59% in 2012–2013. However, the gap between the rates of black, male high-school graduates and their white counterparts has widened from 19 percentage points to 21.

The report identifies several issues that the Schott Foundation has determined would more effectively address this problem, which has changed little in the decade that the foundation has been reporting on young black men.

When asked if he thought the problems were a result of neglect or of deliberate intent, John H. Jackson, Ph.D., president and CEO of the Schott Foundation, said, “It is a level of neglect that borders on intentionality.”