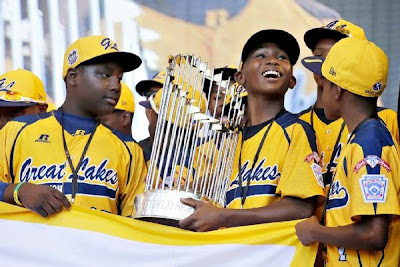 Little League Baseball has met to review facts surrounding the eligibility of the Chicago-based team (Jackie Robinson West Little League) that won the 2014 U.S. championship, amid allegations that the much-celebrated squad violated a rule prohibiting the use of players who live outside the geographic area that the team represents. The team could be stripped of it's championship if found to be in violation of the rule.