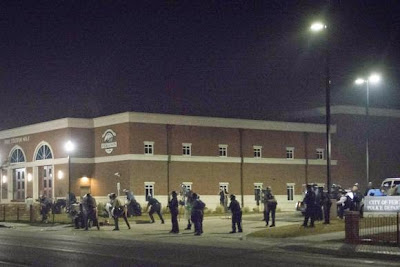 He said he did not know the conditions of the officers, whom he did not identify, but said they were both conscious and being treated at a local hospital.