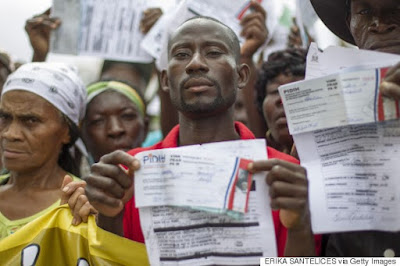 Hundreds of thousands of Haitian migrants and Dominicans of Haitian descent faced the risk of deportation from the Dominican Republic on Wednesday as a deadline for enforcement of a new immigration law approached.

Dominican officials say anyone lacking identity documents or who has not registered for a so-called "regularization" program before the Wednesday night deadline could face deportation.

The Dominican government says the changes to its nationality and immigration laws aim to tackle illegal migration from neighboring Haiti. Human rights groups say the move is rooted in longstanding racism and xenophobia in the Dominican Republic towards darker-skinned Haitians.