Names of the 9 victims slain in Charleston shooting. 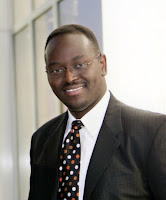 I really don't give a damn about the piece of human trash that killed nine people at the historic Emanuel African Methodist Episcopal Church in Charleston SC. The focus should be on the nine innocent victims of the senseless shooting who were killed for no other reason than they were black. Read their names below. George L. Cook III AfricanAmericanReports.com

Tywanza Sanders, 26, who had a degree in business administration from Allen University.

Susie Jackson, 87, Lance’s cousin who was named by a relative and was a longtime church member.

Mira Thompson, 59, a pastor at the church.

Daniel Simmons Sr., 74, who died in a hospital operating room.