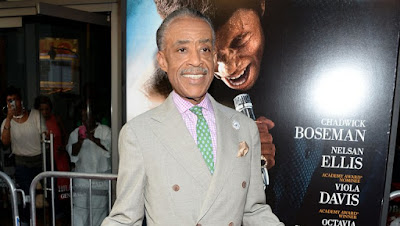 A California judge has made short order of a $20 billion lawsuit that accused Comcast and Time Warner Cable of racial discriminating through the licensing of cable channels. The legal action fails because the National Association of African-American Owned Media "failed to allege any plausible claim for relief."

The legal action, spearheaded in part by Byron Allen's Entertainment Studios Networks, gained some notoriety for including as co-defendants Al Sharpton, the NAACP, the National Urban League and the National Action Network for allegedly facilitating discrimination. In 2010, Comcast acquired NBCUniversal and entered into voluntary diversity agreements with these groups. The lawsuit said it was a "sham, undertaken to whitewash Comcast's discriminatory business practices," and raised hackles over Sharpton's salary as host of an MSNBC show.

U.S. District Judge Terry Hatter Jr. agreed, and in a sign he didn't even think this was a close call, spent just three pages analyzing the claims in an order to dismiss. He rules that the plaintiffs have failed to plead sufficient facts to show his court has personal jurisdiction over Sharpton and various African-American advocacy groups. And the claims against the other defendants don't survive further because Hatter can't reasonably infer they are liable for misconduct alleged even accepting plaintiff's facts.

"Knowing that our lawsuit helped the FCC and the DOJ deny Comcast's bid to buy Time Warner Cable is already a big win for us," said Allen in a statement. "We are going to immediately appeal this decision to the 9th Circuit Court of Appeals who I believe will deliver us a favorable decision."