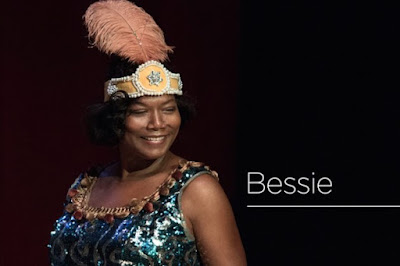 Hidden among a historic win by Viola Davis and other African American winners such as Regina King and Uza Aduba was a victory for Queen Latifah's HBO film Bessie.

Unfortunately, the 45-year-old actress didn’t take home the trophy for Outstanding Lead Actress in a Limited Series or Movie for her portrayal of the late jazz songbird, that went to Frances McDormand for her performance in Olive Kitteridge.

[SOURCE]
Posted by Councilman George L. Cook III at 5:59 AM