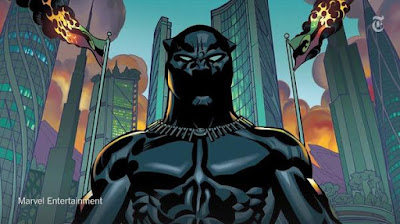 The author of Marvel's "Black Panther" comic book series has been unmasked: It's Ta-Nehisi Coates.

Coates, until now, is better known for writing incisive articles for The Atlantic magazine that dissect racism and identity in America, and as the author of the best selling book, "Between The World and Me."

But Coates, a huge Marvel fan, told the New York Times which broke the story, becoming a comic book author is a childhood dream come true.

Instead of culturally charged social issues, Coates will be chronicling the saga of T'Challa, "heir to the centuries-old ruling dynasty of the African kingdom Wakanda, and ritual leader of its Panther Clan," according to Marvel Universe Wiki.