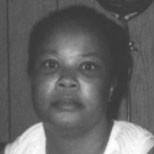 (Chicago) A 51-year-old woman went missing almost two months ago in the city's Englewood neighborhood on the South Side, police said.

Wilkerson is described as a black woman with a medium brown complexion, black hair and brown eyes. She is 5 feet, 1 inch tall and weighs about 150 pounds, police said.

Anyone with information on her whereabouts is asked to call 911 or contact the Chicago Police Area South Special Victims Unit at 312-747-8274.