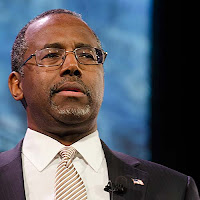 To be quite honest I don't like Ben Carson, the candidate at all. Like most black conservatives/republicans he has resorted to the old "democratic plantation handbook". This handbook states that a black conservative must ONLY talk about the negatives in the black community and make it seem as if only people like he/she are different (read better) and can help if we blacks would only listen. Now most black conservatives don't actually try to appeal to the black community in a positive way and later wonder why they got 2% of the black vote. Now Ben Carson and his campaign are trying outreach to black voters by running a rap ad on black radio stations.

Now I was immediately put off by it because I think Carson and his people think the only way to reach black voters in a way they can understand is to put the message to music. I find that condescending and would like to know who was in the room when the decision to create this ad campaign was made, because this ad is in my humble opinion is worse than the dumb sh*t that comes out of Carson's mouth. Listen to the ad below. George cook AfricanAmericanRep[orts.com/p>